The Good And The Bad About Workplace Surveillance 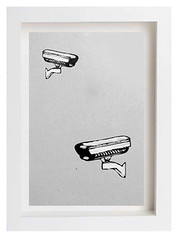 If you have a privately owned business, there’s nothing wrong with wanting to protect that business, and one of the best ways to do that is through the use of spy and security cameras. With them you can keep an eye on your employees to make sure that they’re working when they should be, keep an eye on who’s coming and going and you can avoid burglary and theft. But before you go out and buy the best spy camera, you’ll want to lean about the cons as well as the pros of workplace surveillance.

Installing a well-placed security camera in your business will always cut down on the possibility of theft and other crimes. If a workers compensation claim is ever filed, you can go back and look over the footage to obtain evidence of the accident you can show to your insurance company. Security cameras can even get you a discount on your insurance premiums.

One of the biggest drawbacks of having security cameras in the workplace is that they present the potential for a lawsuit if someone feels that their privacy is being invaded by the presence of the cameras. A labor relations board once ruled that employers have to negotiate the use of a hidden camera with a union collective bargaining agreement. The only time it would be okay for a hidden camera to be used would be in an area where there’s no expectation of privacy, such as in a room that contains a safe or vault.

Think about how much money you’ll be spending if you decide to install surveillance cameras on the premises of your business. Black and white cameras are available for less than $100. If you want a multiple camera system with a bank of monitors, you’ll probably have to pay $3,000, which doesn’t include the cost of cables and computers. Installing several cameras might not be worth it if the product you sell isn’t very expensive. On the other hand, a multiple camera system could pay for itself if you sell an expensive product, like smartphones or jewelry.

Things to Think about Before Installing Cameras

If you don’t have enough security to protect your store, even most honest people will at least think about taking something since the chances of them getting caught are so low. While they may not act on their thought of stealing, the idea could creep into their mind simply because they know they aren’t being watched. A report showed that in 2002 US citizens stole $4.7 billion in merchandise, but only roughly 2 percent of that amount was recovered. Simply having a few visible cameras installed in your store will keep people in line, the camera doesn’t have to be connected to anything or recording anything.

You should also consider the legal implications of using a hidden camera since a majority of courts consider them to be a violation of privacy if they’re placed in such areas as bathrooms, locker rooms, dressing rooms and anywhere else where there’s an expected level of privacy. The only time a person’s privacy wouldn’t be considered to be violated would be if there’s recorded consent to the presence of cameras.