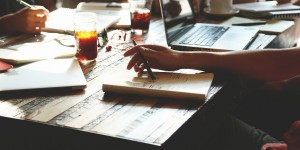 When a business starts offering service, hiring employees and having offices in states other then the one in which they originally filed the company, will need to file paperwork allowing it to do business in those states.

Here at DoMyLLC, our trained LLC specialists understand the needs of small businesses and are dedicated to providing excellent customer service. Incorporating with DoMyLLC takes 15 minutes of your time. Simply place an order and provide a signature if needed. We make it that easy to DO.

For an existing corporation or LLC to transact business in a state other then their home state (original state of filing) they are generally required for Foreign Qualification in that state. A company is considered a “domestic” entity in the state in which they were originally filed and “foreign” to all other states in which it transacts business.

Here is an example: A California Corporation decides to open an office in Oregon and hire employees there. Prior to opening the office in Oregon the company would need “Foreign Qualification” with the state of Oregon.

How do I know if I have to qualify in another state?

A Corporation or LLC is generally required to qualify in foreign state if they will have a physical location in that state or hire employees within a state.

Is my company required to complete annual reports in states which it is foreign qualified?

Yes, once a company has foreign qualified, they are required to comply with state filings such as annual reports and taxes.

Do I need to get a new EIN number when I foreign qualify?

No, the EIN remains the same. Since the qualification does not establish a new company the EIN number does not change.

What happens if a company stops doing business in a foreign state?

When a company stops doing business in a foreign state, they are required to file a Withdrawal. This notifies the state they are no longer conducting business within that state. For more information on our withdrawal service click here.

What is the process once an order is placed with DoMyLLC?

Comparison Chart– Compare all entity types to determine the proper structure for your business.

Tax Savings Calculator – See how much in taxes can potentially be saved when filing for S Corporation status.

For more information on how we can help with foreign qualification your business please call our office toll free at (888)-DoMyLLC (366-9552). ORDER NOW!